A naturalistic paradise near Rome, immersed in a land rich in history. They are the Sabine Spas of Cretone, rising in the green of the hills between the Capital and Rieti, just at the bottom of a lush forest. The waters of the Creton Spas have naturally flowed for millennia and are sulfuric, hypothermic (24 °C) and bacteriologically pure: they are used for inhalation, aerosol, nebulization, endotubaric insufflation, hydromassotherapy, hydroponic treatment, mud therapy and balneotherapy.

Where now there is a state-of-the-art complex, until the 1970s there was a dry ice factory, which best exploited the abundant component of carbon dioxide present in the groundwater. From then on, a new story began: in 1987, Creton’s waters were recognized by healthcare for the treatment of skin diseases, bile ducts, stomach, arthrorheumatic and respiratory illnesses.

Today, this complex offers to the customers the ancient Roman spa concept; in fact, in addition to three swimming pools fed by sulphur thermal springs (in summer it is also possible to bathe at night), the spa offer also swimming, aerobics and dance courses, beach volleyball, gym soft, four tennis courts and two of soccer. Who, after a relaxing day at the spa, would spend some more time here, can visit Creton, a small medieval hamlet that preserves the Collegiate of the eleventh century and the abandoned fortress of Castiglione; a few kilometers away is Palombara Sabina, with
Savelli Castle adorned with frescoes of Raffaello’s school. 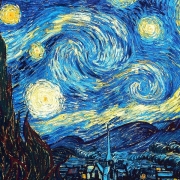 Between Falerii Novi and the Amerina Street, here there is the ancient kingdom...